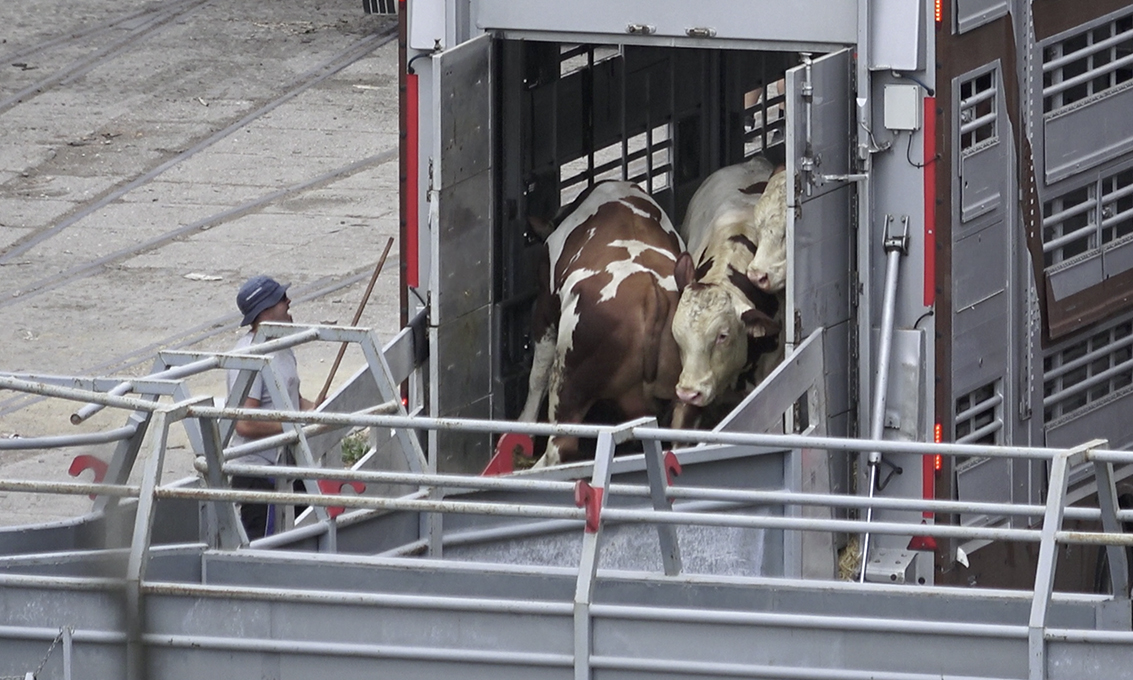 Around a million live animals are transported in Europe every day, often in horrific conditions. Through and within Austria, animal transport often continues to fall short of the provisions of the EU’s Animal Transport Regulation and the Austrian law on animal transport. Widespread are cases of non-compliance with maximum transport times, with animals poorly tethered and inadequate provision of water and space. And conditions generally deteriorate once Europe’s borders are crossed. According to a judgment of the European Court of Justice, transport companies must guarantee that the Transport Regulation provisions will be complied with for the whole of the journey, including for those parts that lie outside the EU. The Court of Justice confirmed this judgment in another case in October 2017. However, there are seldom inspections outside Europe, and the provisions are violated thousand times over. ‘Breeding animal exports’ originating in Austria are destined mainly for Turkey, Uzbekistan, Kazakhstan or Russia. Problems with these transports occur not only at border crossing points, where lorries can hang around for hours or even days in the extreme heat of summer, with no possibility of making adequate provision for their care. Even the already extremely long maximum transport time of 29 hours for breeding animals and eight hours for animals for slaughter is often not adhered to, here too because of a lack of facilities.
It is also a matter of concern that animals exported to the Middle East, North Africa and Turkey often arrive only to be cruelly slaughtered in conditions that violate international standards introduced by the World Organisation for Animal Health (OIE). And animals exported for breeding purposes are often kept under completely inadequate conditions after they arrive.
Animal transports are a consequence of the increasingly industrial European milk and meat production system. Male calves and kids are treated as ‘unwanted by-products’ with no economic value. They are sold at low prices or given away and then, from the age of 14 days, transported to regions where they can be fattened more cheaply.
To better see for ourselves what the conditions on the ground are like, we went to Styria in December 2017, with the local police’s aid and the internationally-acclaimed animal transport expert Dr Rabitsch. Inspections identified violations of the legal provisions in the case of two of the three trucks involved, and these were immediately reported.
In the light of this untenable situation, we call for the European Animal Transport Regulation to be revised and made more precise. We want as few transports as possible to take place, and for them to be as short and as animal-friendly as possible. This requires political will. In the short term, we call for the Europe-wide inspection system to be improved, the existing laws to be complied with, better enforcement and more clarification for consumers and farmers. In the long term, our goal is for animal transports above four hours to become the exception and for primary products instead of living animals to be transported, the latter being slaughtered locally.