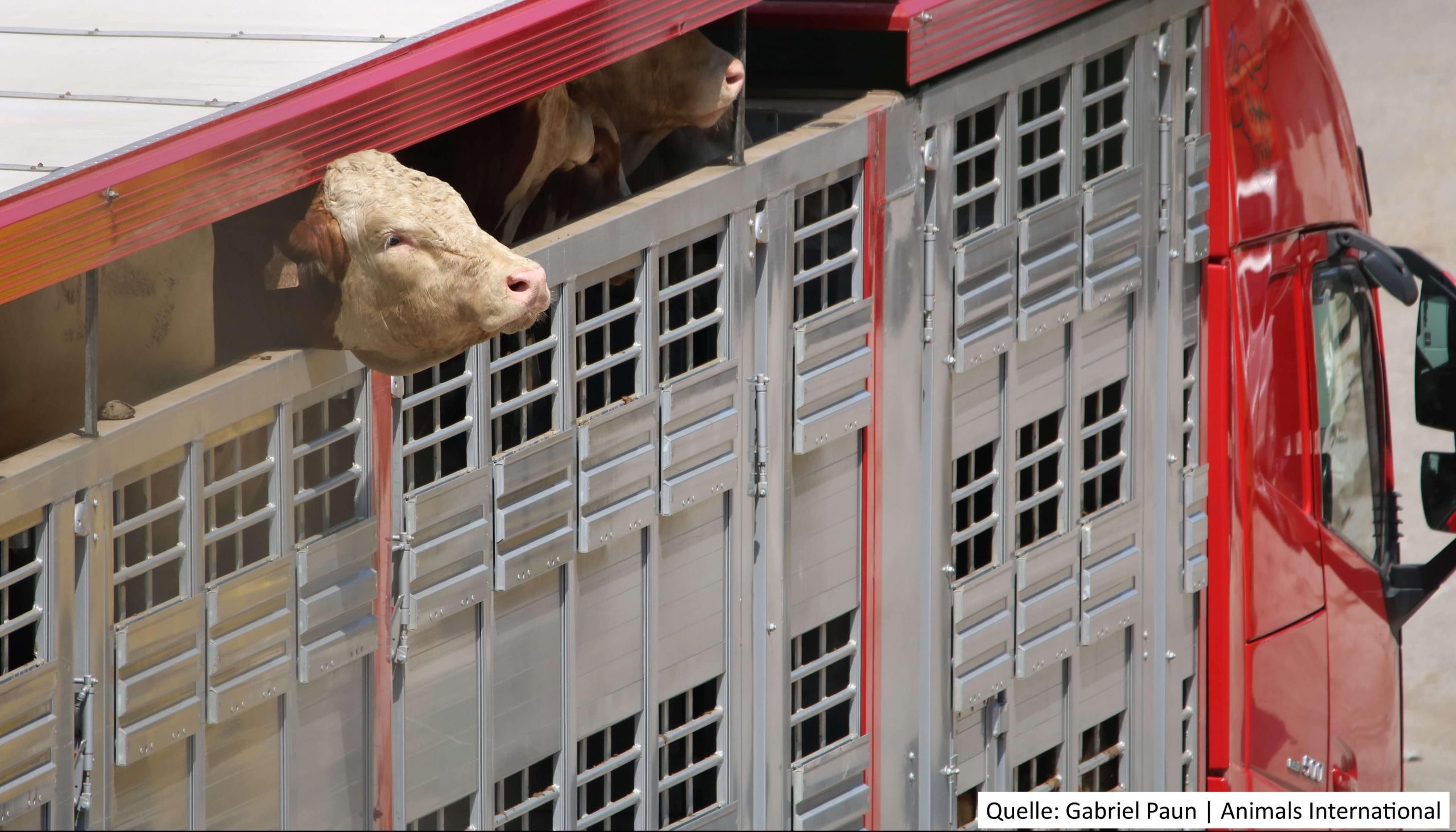 Despite temperatures of up to 37° in the shade, the loading of thousands of slaughter cattle onto a huge animal transport ship has been going on since Tuesday (31/7) in the idyllic port of Raša. The freighter ‘Yosor’, which flies the Panamanian flag, can accommodate 8 000 head of cattle and beheaded for Turkey. Live animal exports such as this one are cleared every day in Croatia and many other European ports. Many are destined for Turkey and the Middle East.
The animals undergo unimaginable suffering. The bulls had already been travelling for hours by the time they reached Raša. We watched them swelter on the trucks for up to 6 hours in the scorching heat before being unloaded. Using an infra-red thermometer, we measured temperatures of 48° in the trucks – and that was in the morning. Some of the animals can barely walk, and in such cases, they are forced to hobble off the trucks and up the ramp to the ship by workers with electric prods and sticks. I am appalled that the Croatian authorities do not put a stop to these violations of EU law.
Although the staff did not want us to be on the site, we managed to document the cruelty and talk to the vet on duty, who barely acknowledged a problem.
The unimaginable suffering that the animals so clearly undergo here does not seem to bother those responsible. But that is not the only problem. It is dreadful that live animal exports are even permitted in the summer months. And we must comprehensively reform the EU’s agricultural system. These animals are fattened using EU subsidies, and they then have to be exported to Turkey or the Middle East, as we produce a surplus. Yet at the same time, the Commission is negotiating a trade agreement with the Mercosur countries, under the terms of which 100 000 tonnes of beef are set to be imported to Europe. This is ill, and I will do all in my power to fight for this animal suffering to stop.
And now a bit ‘thank you’ to the Animals International organisation for their splendid cooperation!