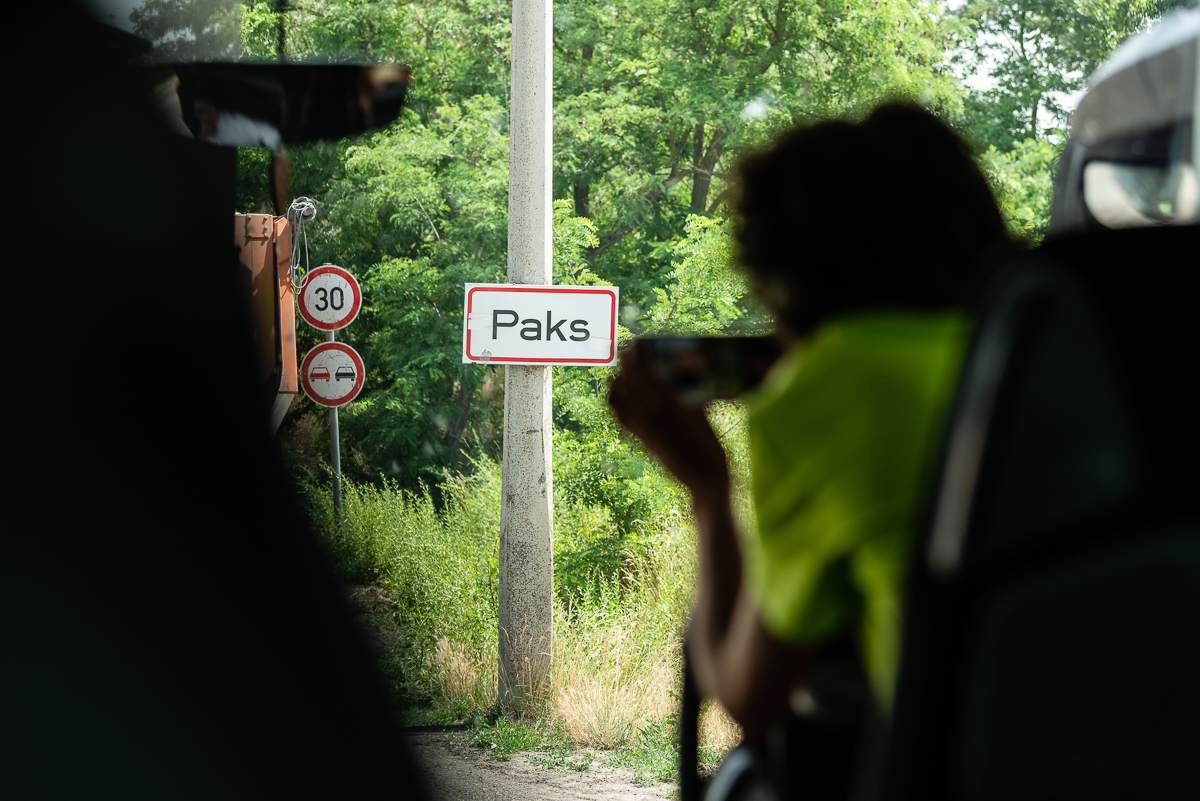 In the blazing midday heat, our delegation consisting of myself and the energy spokesman in the Austrian National Council, Martin Litschauer, arrived at the Paks nuclear power plant in Hungary for a local inspection. We visited the site where two new reactor units are to be built directly adjacent to the existing nuclear power plant. One of the reasons for our visit was an article by Dr. Tamás János Bodoky, published in Hungarian Geophysics Volume 61, in which it is revealed that in the application for the license of Paks 2, paleoseismic findings promoted in the geological report were ignored. Later, an Austrian study by Decker Kurt, Hintersberger Esther and Hirsch Helmut was published, proving that findings were not only omitted, but the construction of Paks 2 contradicts Hungarian law.

When states break their own laws

Decree 118/2011. (VII. 11.) of the Hungarian government states that “no nuclear power plant shall be built on a fault to be designated as active.” However, the paleoseismic findings allow only one conclusion: the so-called Dunaszentgyörgy-Harta fault must be classified as an active fault (capatative fault), which means that it could cause fissures larger than half a meter on the earth’s surface. The fault runs directly under the existing Paks NPP as well as through the construction site of Paks 2.

In a question for written answer to the European Commission I, together with several Green Members of the European Parliament, asked whether there really is an active fault under the Paks NPP. You can find the question here. Right on time, one day before our local inspection in Paks, the answer of the EU Commission arrived, in which it discusses the findings of the new studies with the Hungarian authorities and holds out the prospect of possible infringement proceedings. Also, the Commission mentions Article 37 of the EURATOM Treaty, but all these mentions seem to imply that the EU Commission wants to wait for the release of radioactive material and the contamination of water, soil or air before it can actively intervene.

The EU Commission must finally act

It is incomprehensible how a European Member State can just openly disregard its own laws, and the EU Commission must wait with its eyes open for a catastrophe before it can take action. Especially since the EU Commission itself is responsible for developing the mechanisms to be able to sanction member states in case of misconduct. I call on the EU Commission to solve this problem and not simply hide behind the competence of national regulators with fine words when they fail to comply with national laws. 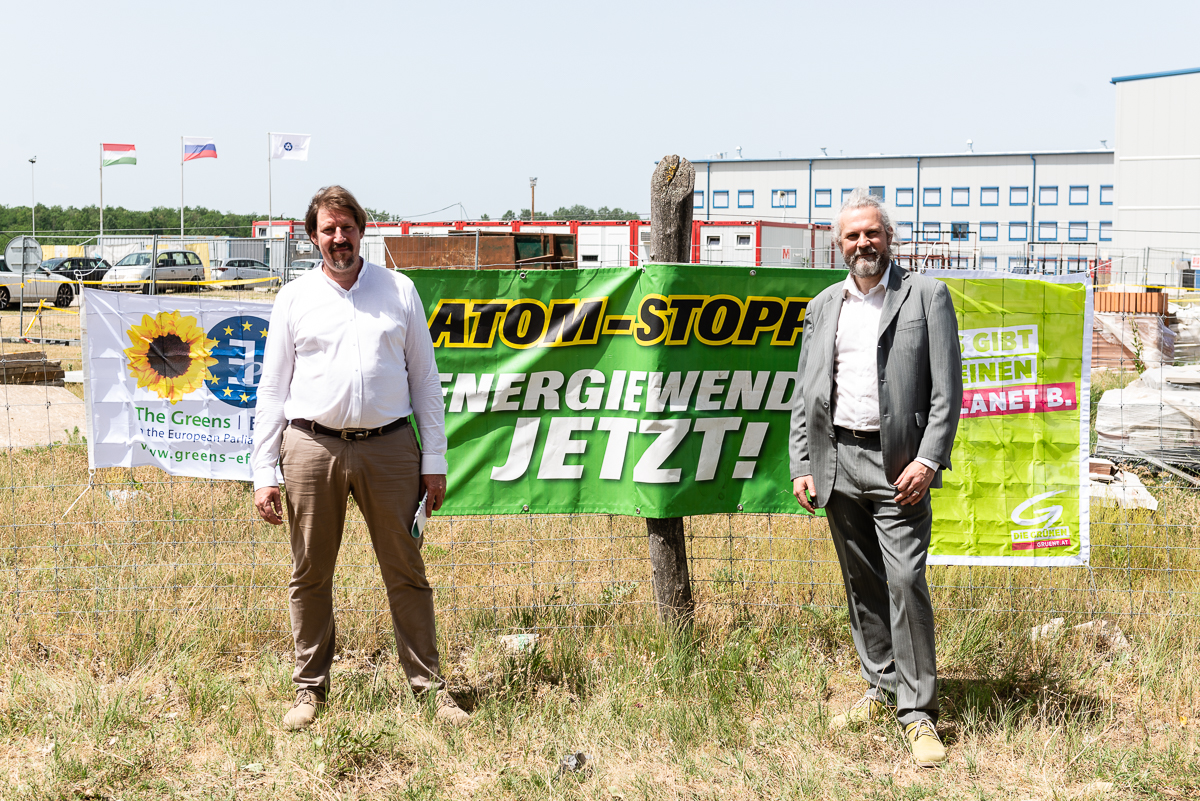 On the spot in Paks

Together with the green anti-nuclear spokesman Martin Litschauer, Dr. Kurt Decker from the Institute of Geology of the University of Vienna and Franz Meisterst, project manager at the Federal Environment Agency I went to Paks. In front of the Paks NPP we discussed the situation together with Erzsébet Schmuck and Lóránt Keresztes (both LMP – the Green Party of Hungary) and briefed the international press. In addition to the major problem of the earthquake hazard, the government propaganda that the climate goals are not feasible without Paks 2 and the complete lack of plan as to what to do with the nuclear waste were also discussed. Afterwards, Franz Meister and Kurt Decker presented the geological features of the region using a large map. 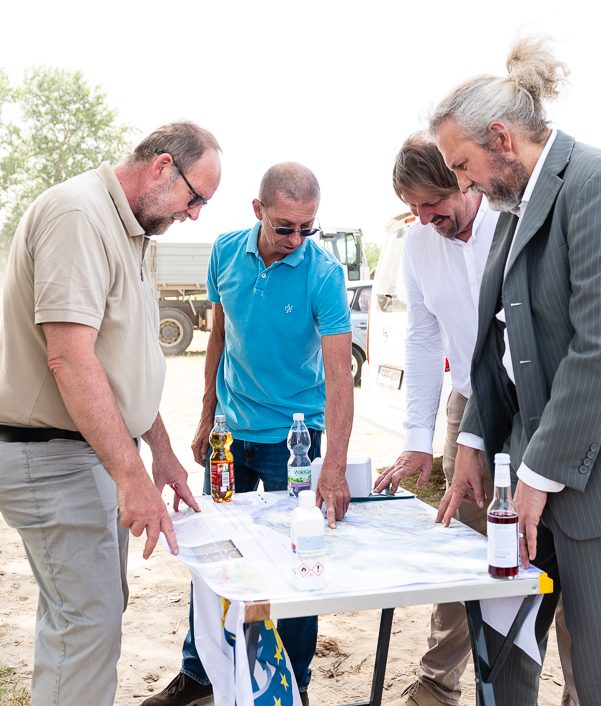 Gergely Karácsony invited us to the Budapest City Hall for an exchange of views after the local eyewash. Gergely Karácsony is not only the Green mayor of Budapest, but also part of the six-party alliance the hungarian opposition forged in order to challange Victor Orban in the next elections. He was able to tell me that in the party agreement a clear position was taken against the realization of the Paks 2 project. However, he also had to state that it cannot really be said how a Paks 2 exit strategy can look like, because the entire contracts are under lock and key. Gergely Karácsony’s balanced and level-headed choice of words made me very confident that there is a candidate for Hungary who could clean up with Orban’s illiberal democracy. 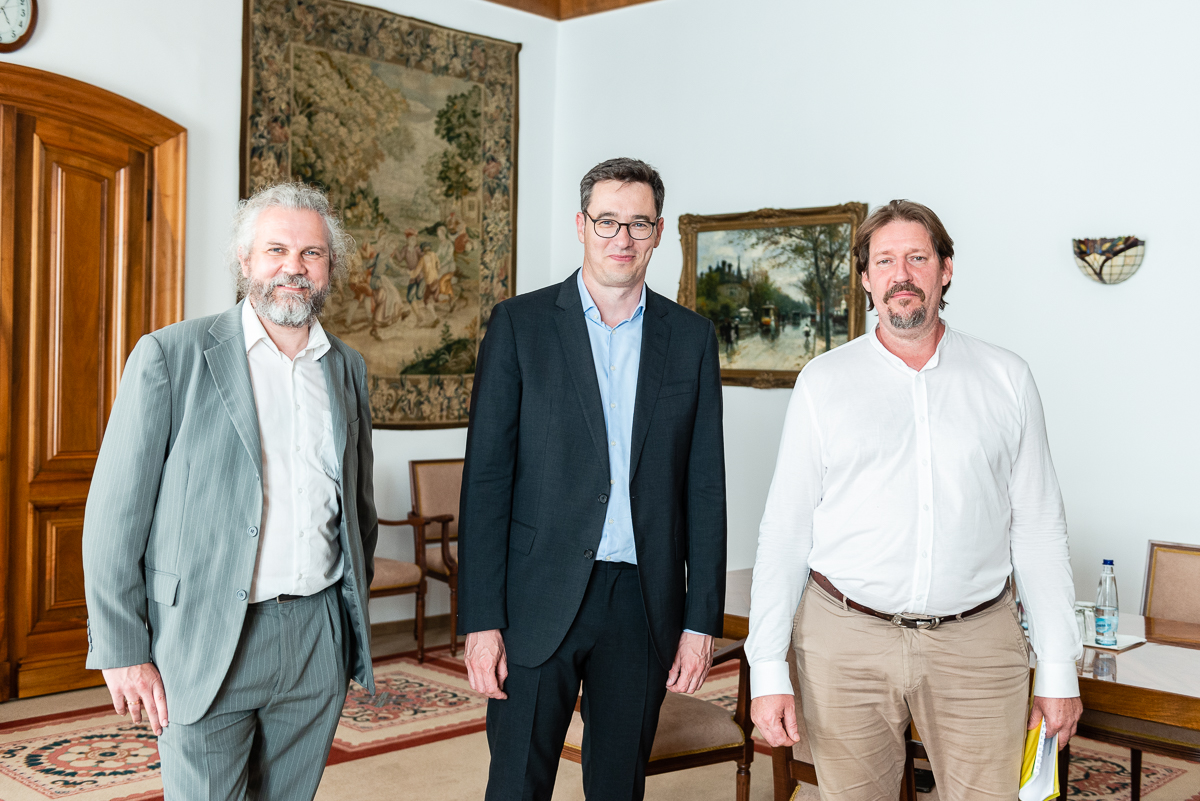